A Few Moments with Henry Jenkins 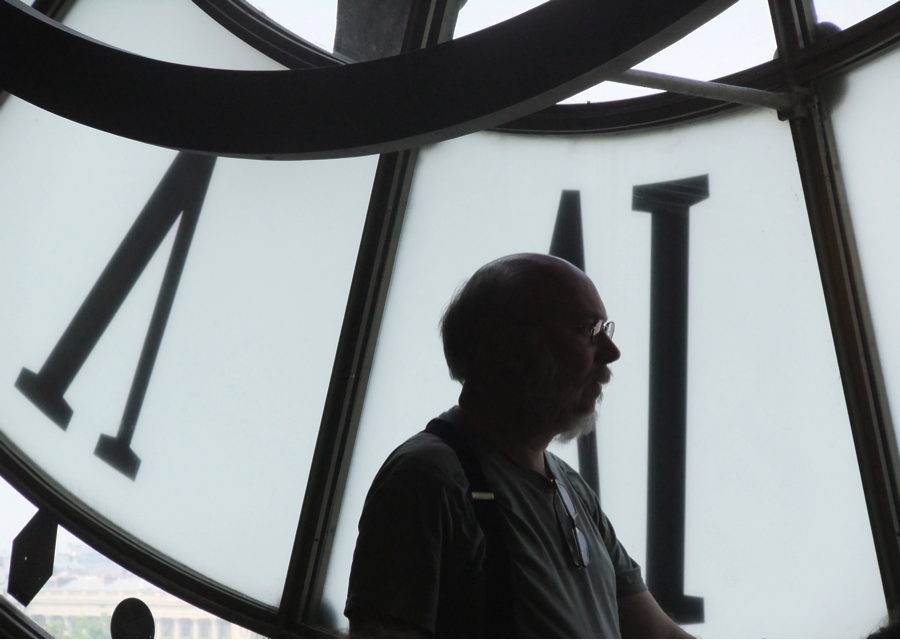 Over the last three decades, Henry Jenkins, Provost’s Professor of Communication, Journalism and Cinematic Arts at USC, has distinguished himself as a scholar of new media and participatory culture studies. Already this year, Jenkins has released two books on participatory culture, Spreadable Media: Creating Value and Meaning in a Networked Culture and Reading in a Participatory Culture: Remixing Moby-Dick in the English Classroom. Flows of Reading is a complementary online offering to the latter print book, designed to inspire teachers and students to think about reading texts in more participatory ways. Jenkins also serves as principal investigator of Media Activism Participatory Politics (MAPP), a project of the MacArthur Network on Youth and Participatory Politics (YPP), and is a plenary panelist at this month’s DML conference. We spent a few moments with Jenkins to see how the definition of participatory culture has evolved since his first white paper on the subject was published in 2006.

You write in Spreadable Media, “As people push DIY media making as the be-all and end-all of participatory culture, they risk reducing other kinds of participation.” Are we putting too much pressure on youth to be creators?

There has been a lot of discussion lately about youth finding voice. Some people are starting to argue that we are stressing voice too much, and not stressing listening and engagement enough. If we are going to build an environment where young people’s voices are taken seriously, we also have to build an environment where young people are actively listening and responding to what each person is creating. Building upon the original MacArthur white paper, Project New Media Literacies has laid out the four C’s — connect, create, collaborate, and circulate —  which are integral parts of the overall cycle of participatory culture. Collectively, they describe an ongoing process of creative expression and communication that can be embedded effectively in both in-school and out-of-school settings.

Focusing on circulation and the choices that go along with circulation — what the book calls appraisal –- places a new emphasis on those close-reading skills that teachers have traditionally wanted to promote in the classroom. How do we evaluate the quality of information or cultural expression? What is meaningful to pass along? Both individually and collectively, we impact the agenda of the society by what media we choose to pass along and what media we create. We have to take ownership of the information we pass along within our community so that we are not guilty of spreading misinformation, conspiracy theories,  or slander. These choices are really fundamental and are directly tied to media literacy.

Can you give an example of a teacher welcoming participatory practices into his/her classroom in a meaningful way?

For our newly released book, Reading in a Participatory Culture: Remixing Moby-Dick in the Classroom, we took the ideas from the MacArthur white paper and translated it into a curriculum, which we tested in six different schools around the U.S. We tested the curriculum in a variety of contexts — public and private schools, both wealthy and low-income. As a result, we got a lot of powerful stories of what can happen when this stuff is done well.

There was a school in Indiana that had banned Wikipedia altogether, not simply because the teachers were suspicious of the quality of information on Wikipedia, but also because some of the students had done bad things on Wikipedia using school computers. The school principal was anxious about the accountability of that. But we were able to open up a space for one class to use Wikipedia in relation to teaching Herman Melville, and the young people were encouraged to try to update the Wikipedia entry on Moby-Dick based on the things they were learning. This being Wikipedia, there’s a robust vetting process of all of the information that is posted, so they got a certain amount of pushback from other Wikipedians. They had to figure out how to actively defend the choices they were making. In the process, they learned a tremendous amount about what research is. Research is not simply facts in a book, but it is an ongoing dialogue between people who bring different kinds of information and different criteria together. We saw that as a huge success in terms of bringing participatory culture into the classroom.

What led you to the story of Moby-Dick in particular?

It started because I met a remarkable man, African American playwright and educator Ricardo Pitts-Wiley, who was working with incarcerated youth and getting them to read Moby-Dick. He asked them to reimagine who these characters would be in the 21st century. Through a collaborative process, a story emerged that was not focused on the whaling trade, but on the drug trade. It’s the story of a charismatic female gang leader bent on vengeance for personal injury, and vengeance comes at the expense of dealing drugs and making money for the group. Her crew struggles to figure out how far they should follow her into the mouth of Hell and into acts of gang violence given their own priorities.

This is an essential dilemma that spoke very powerfully to these incarcerated youth. These youth were applying the same skills to this literary text, the great American novel, as a fan fiction writer would apply to Harry Potter or any other media franchise. These are kids who read well below their grade level, and they were able to read this very difficult novel that many of us abandoned in high school because it was too hard.

At the heart of this project is the idea of remixing — learning to think critically about text by creatively reworking its core materials. As we are teaching educators about what remix means, we are also helping young people think about historic models of authorship in a new way. Reading in a networked world means reading with a mouse in one hand and a book in the other so that you can connect your reading and forms of participation in very real ways. We want youth to see the classics not as dead texts, but as living texts that contemporary writers can reimagine and young people can imagine differently by asking fundamental questions and creating new stories. This approach to remix nevertheless requires enormous respect for the original work. It also requires close reading skills, research skills, and attention to the cultural context the work comes out of.

Does the connected learning model have the potential to be the missing puzzle piece linking participatory culture to youth civic engagement?

The connected learning model helps us understand how informal participation in our recreational lives, such as pursuing interests online, can be scaffolded by mentorship at each learning stage — outside school, after school, and inside school. All of those constituencies allow youth to connect the kinds of skills that are being acquired in school to their personal interests in a way that allows them to navigate those spaces better.

What we have noticed about effective peer-based learning initiatives outside of school in gaming communities and fan communities is that they are places where adults and youth often work side-by-side without a hierarchy. Instead, their common interests and mutual contributions shape their interactions with each other. If we look at the fan fiction world, there are young people who are mentors for older people because they have particular skills and knowledge, but they are also learning from those older people things about their own experiences, which is really helpful for them not only in writing fan fiction, but in all issues in their lives. Those become spaces of mutual mentorship.

Those relationships change fundamentally as mentorship gets pulled into a school setting where teachers have to maintain discipline. What results is a clear separation between teacher and student. Some of the work PLAY has been doing has been to try to think about how we create an environment of co-learning inside the classroom, which is participatory and has a more informal set of relationships between adults and youth around shared interests that is essential for youth to help shape what takes place inside the classroom.

How are groups such as the Harry Potter Alliance and Dream Activists changing the current civic narrative?

Part of what we discovered in our MAPP research is that many of the young people involved in these kinds of activist groups were culturally active in some way but not politically active. Their strength was in making things — clothes, videos, mash-up memes, or fan stories. They started to play around with these activities, but they didn’t see themselves as especially political. A lot of that has to do with language of traditional politics. It’s hard to find an entry point into politics if you aren’t one of the student government kids.

What these organizations have done is conducted politics in a different language to help young people find these points of entries and learn about these issues in powerful new ways. Nerdfighters are telling kids to join in “fighting against world suck.” That’s not the language they are hearing from government officials on a Sunday morning news show. This is the language that speaks peer-to-peer among youth who might know already how to do things online but don’t know how to do things civically online.

Many of these groups have training sessions to help young people figure out how to tell their stories more effectively, how to mobilize their personal experiences or stories that matter to them in ways that connect to real world issues, which hopefully move other people towards action. These are things that can be translated more broadly into the classroom. The more we teach the skills through the classroom, the more effectively young people are going to be in engaging in participatory politics.

How has your own experience growing up as a fan influenced the work you do?

I’ve been a fan for a long as I can remember. It informed the way I thought about what reading is. Fans are incredibly gifted readers. They are highly motivated, read with a passion for the material, and are socially connected. To read as a fan is to be part of a community of readers. Often, when I write about communities of readers, I recall the community of Star Trek fans, which I was part of as a kid, or I think about the fellowship that grew up in my neighborhood around monsters movies and magazines – we watched the films, we built monster models, we play acted in the backyard, we drew pictures, we practiced make-up and costume design, and we imagined making Super 8 movies together.

We were active consumers of these stories and strongly connected with developing a sense of mastery over them, but also saw them as a resource that we could recreate in our everyday lives. One of the great things of Famous Monsters of Filmland for me was it actively encouraged us to appropriate and perform these characters. They had guides for costuming, for amateur filmmaking, for model building. For me as a kid, this was a model of an active, creative, social form of reading that has inspired almost everything else I have done ever since. Being a fan shapes not only the essays and books I write within the Fan Studies paradigm, but also informs my ideas about participatory pedagogy because I have seen so many powerful examples of creative and active reading in fan cultures through the years.