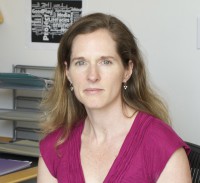 Carrie James is a Research Director and a Principal Investigator at Project Zero at the Harvard Graduate School of Education. Her research explores young people’s digital, moral, and civic lives. Since arriving at Project Zero in 2003, Carrie has worked with Howard Gardner and colleagues on The Good Project. Since 2007, she has co-directed the Good Play Project, a research and educational initiative focused youth, ethics, and the new digital media. At present, she is also involved in the Good Participation project, a study of young people’s civic and political participation in the digital age, and in the Civic Trust Among Young Immigrants Project. Carrie regularly presents her work and teaches at Project Zero’s summer institutes for educators. Her publications include Young People, Ethics, and the New Digital Media (The MIT Press, 2009). She has an M.A. and a Ph.D. in Sociology from New York University. You can follow her on Twitter at: @carrie_james.