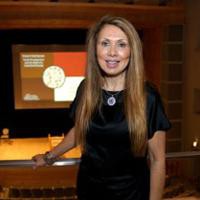 Kris D. Gutiérrez is Professor of Literacy and Learning Sciences and holds the Inaugural Provost’s Chair at the University of Colorado, Boulder. She is also Professor Emerita of Social Research Methodology in the Graduate School of Education & Information Studies at the University of California, Los Angeles where she also served as Director of the Education Studies Minor and Director of the Center for the Study of Urban Literacies. Gutiérrez is a Fellow of the American Educational Research Association, the National Conference on Research on Language and Literacy, and the Education and the Public Interest Center. Her research examines learning in designed learning environments, with particular attention to students from non-dominant communities and English Learners. Her work on Third Spaces examines the affordances of syncretic approaches to literacy learning and re-mediation of functional systems of learning. Professor Gutiérrez’s research has been published widely in premier academic journals and she is a co-editor of Learning and Expanding with Activity Theory. Additionally, Professor Gutierrez has written a column for the Los Angeles Times’ Reading Page. Gutiérrez was recently elected to the National Academy of Education and nominated by President Obama to be a member of the National Board for the Institute of Education Sciences. She has received numerous awards, including the 2010 AERA Hispanic Research in Elementary, Secondary, or Postsecondary Education Award and the 2010 Inaugural Award for Innovations in Research on Diversity in Teacher Education, Division K (AERA) and was the 2010 Osher Fellow at the Exploratorium Museum of Science. She serves on numerous policy-making and advisory boards, including the US Department of Education Reading First Advisory Committee and President Obama’s Education Policy Transition Team. Gutierrez has served as President of the American Educational Research Association and of the National Conference on Research on Language and Literacy. Gutiérrez has used her expertise to improve the educational condition of immigrant and underserved students in out of school and formal schooling settings and to design effective models for teacher preparation. For over 15 years, she served as the principal investigator and director of an after-school computer learning club for low-income and immigrant children (UCLinks, Las Redes) and for over ten years was the Director of the UCLA Migrant Scholars Leadership Program, a residential summer academic program for high school student from migrant farmworker backgrounds. Both programs have been touted as exemplary models of excellence and transformative change.