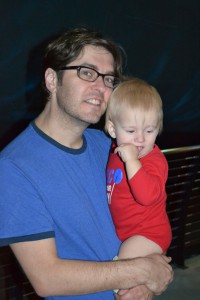 Kurt Squire is an associate professor of Educational Communications and Technology, co-director of the Games+Learning+Society Initiative, associate co-director of the Education Research Integration Area (ERIA) of the Wisconsin Institutes for Discovery (WID), and vice president of the Learning Games Network, a non-profit network expanding the role of games and learning.

An internationally recognized leader in digital media in technology, Kurt has delivered dozens of invited addresses across Europe, Asia, and North America and written over 50 scholarly articles on digital media and education. His research investigates the potential of digital game-based technologies for systemic change in education. Kurt’s work integrates research and theory on digital media with theories of situated cognition in order to understand how to design educational environments in a digital age. He was recently awarded an NSF CAREER grant to study embedded assessments in online role playing games, and a grant from the MacArthur Foundation to study mobile media and learning in youth culture.

Previously, Kurt co-directed the Education Arcade, a partnership between higher education and the Entertainment Software Association. He also led the Augmented Reality Gaming Project, a collaborative project with MIT and Harvard University funded by the Department of Education to develop and study augmented reality games for learning which have been used by thousands of students across the US. Kurt also co-founded Joystick101.org, and for several years wrote a column with Henry Jenkins for Computer Games magazine.